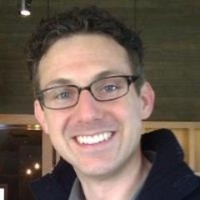 Ease-of-use is one of the core requirements at GridGain® which influences the way we see and build our products. While in-memory computing is a complex topic, the application development experience should not be equally complex. In the coming months you will see changes to GridGain and Apache® Ignite™ that will simplify Core APIs and the way that you debug running applications. In keeping with this theme of simplicity, this week we have released a new Documentation site, a new Developer Portal, and a new architecture for GridGain Web Console.

The need for the new documentation became obvious a long time ago. Initially, we tried to optimize what we had - structural changes, missing capabilities, up-to-date content. However, we continued to see that our users were not satisfied with the docs, nothing helped. So, we put radical changes in place and rebuilt the documentation from scratch - focusing on tasks and behaviors over individual, disconnected features while being sensitive to the tremendous feedback we gathered from the community. We treat documentation as a crucial part of our product and ensure it is written by professional technical writers with the support of the experts who work our users on a daily basis. Clear documentation can make even the most complex topics more accessible and easy to understand.

At the same time, we simplified our developer tools by focusing both on architecture and availability. GridGain Web Console is now 100% free for Apache Ignite and GridGain users. Just download Web Console 2019.10 from our website or pull from DockerHub and administer your production environments. More details on these changes can be found below.

In the past, there were multiple versions of Web Console; a limited version for Apache Ignite, a hosted version on https://console.gridgain.com, and a full version for GridGain enterprise users. The feature sets differed depending on whether you were deploying on premise or using the hosted version.  In Web Console 2019.10, there is now a single, consistent experience for both on prem and https://console.gridgain.com users. All Web Console features are visible to everyone. Apache Ignite users also get access to the Metrics Dashboard for the first time.

When connecting a cluster to Web Console, we first check the runtime edition (Apache Ignite, Community Edition, Enterprise Edition, or Ultimate Edition) and then activate the features that are most relevant to that edition. If your cluster is Apache Ignite you will see the free tier features available (Dashboard, Configuration, and SQL) and if you connect an Enterprise Edition cluster, you will see additional features activated like Rolling Upgrades and Data Center Replication.

You simply unzip and go or pull from DockerHub.

For users upgrading or migrating from an older version of Web Console, we provide new documentation and migration scripts to assist in moving the MongoDB data over to the new standards.

Web Console 2019.10 can simultaneously manage clusters of multiple versions of GridGain and Ignite. This can make things easier for GridGain Enterprise and Ultimate users who want to take advantage of the automated Rolling Upgrades feature to migrate to newer versions.

Check out the Web Console Documentation to get started with the new Zip or Docker-based installations.