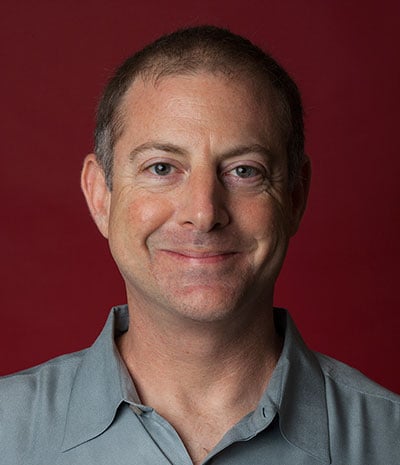 Apache® Ignite™, the foundation of the GridGain in-memory computing platform, contains an in-memory SQL engine that is fully ANSI-99 compliant. This means that developers don’t have to rewrite existing SQL queries to take advantage of the performance and scale offered by Ignite. There is a significant performance gain running SQL queries in Ignite because they are run in a distributed fashion.

In order to accomplish this, Apache Ignite leverages several components from the open source Java-based H2 Database.  H2 Database is a fast in-memory and disk-based database engine. Apache Ignite’s SQL engine uses components from the H2 Database SQL such as the query parser and optimizer, the query execution planner, and the indexing module. All the indexes and data are stored inside Ignite’s in-memory data grid. When SQL queries are submitted to Apache Ignite, Ignite calls H2 to parse and plan the query, then H2 hands the query over to Ignite to run it. 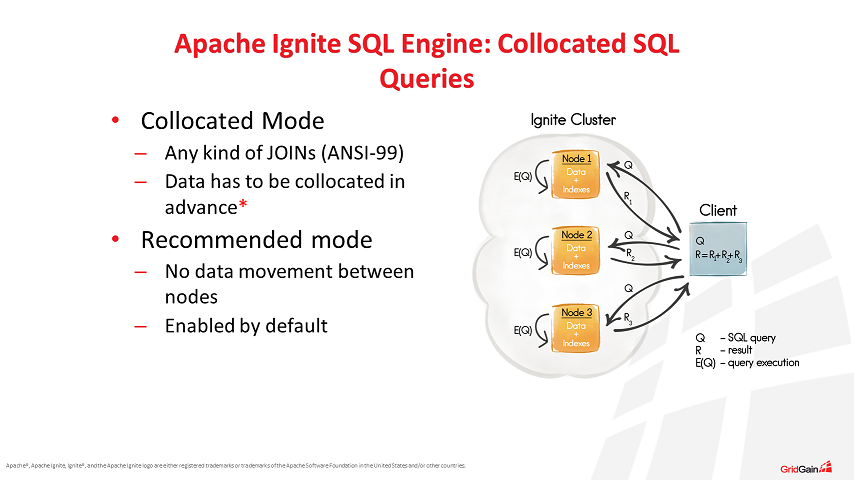 Apache Ignite supports distributed SQL queries over collocated and non-collocated data, with collocated being the default. Collocated data, like in the example above, results in the most performant SQL queries. However, it is not always possible to collocate all the data in a single cache on a single node. In order to address this possibility, Apache Ignite version 1.7 introduced non-collocated SQL query mode whereby additional requests are sent between nodes in the cluster to ask for the missing data. Data is then pushed between nodes, combined, queried, and results are sent to the client node for presentation to the application.

As you can imagine, asking for and pushing data between server nodes presents performance challenges. This is the reason that we recommend a collocated data approach wherever possible.