GridGain's London-based technology evangelist Akma Chaudhri will deliver a live one-hour webinar Sept. 25 that will be of great value to anyone working with Big Data in a bank or financial institution. It's titled "Apache® Ignite™ + GridGain: powering up banks and financial institutions with distributed systems" and will start at 10 a.m. BST (that's 2 a.m. PDT and 5 a.m. EDT).

Don't worry if that's not the best time for you to attend where you are -- it will be recorded and his slides will also be available. But I suggest making that RSVP now to reserve your spot. Then you can either watch live or catch the recording (or both). 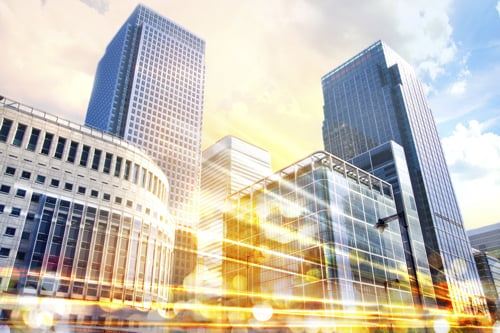 In his presentation, attendees will learn about Apache Ignite and the GridGain in-memory computing platform (built on Apache Ignite), and about the key capabilities and features important for financial applications, including ACID compliance, SQL compatibility, persistence, replication, security, fault tolerance, fraud detection and more.

Akmal will also review two major use cases of Apache Ignite and GridGain; as a caching layer in-between applications and existing relational and NoSQL databases to speed up response time and achieve scalability; and as a full-fledged distributed database with its own persistence layer.

Several Apache Ignite and GridGain deployments in financial services will be covered, as well as an architectural deep dive into the deployment at Sberbank, one of the largest Russian and Eastern European Banks.

If you are planning to implement a highly available and performant distributed architecture, then this presentation is definitely for you.

Apache Ignite was developed predominantly in Java and provides native support for other languages. It is designed to deliver uncompromised performance for a wide set of in-memory computing use cases - from high performance computing, to the industry most advanced data grid, CEP, and data streaming.

It’s a memory-centric platform that combines a distributed SQL database with a Key-Value Data Grid that is ACID-compliant and horizontally scalable. It enables high-performance transactions, real-time streaming, and fast analytics in a single, comprehensive data access and processing layer.

This webinar was originally a talk Akmal presented at several meetups around the world. If you'd like Akmal to present it at your meetup (wherever that might be), just let me know in the comments below. Akmal travels the world constantly and I'll work with you to set that up when he's in your area.

Once again, please RSVP now for the Sept. 25 webinar to reserve your spot.