Because Apache® Ignite™ is a distributed platform, we must start at least one node to begin. It’s very simple to do with the ignite::Ignition class: 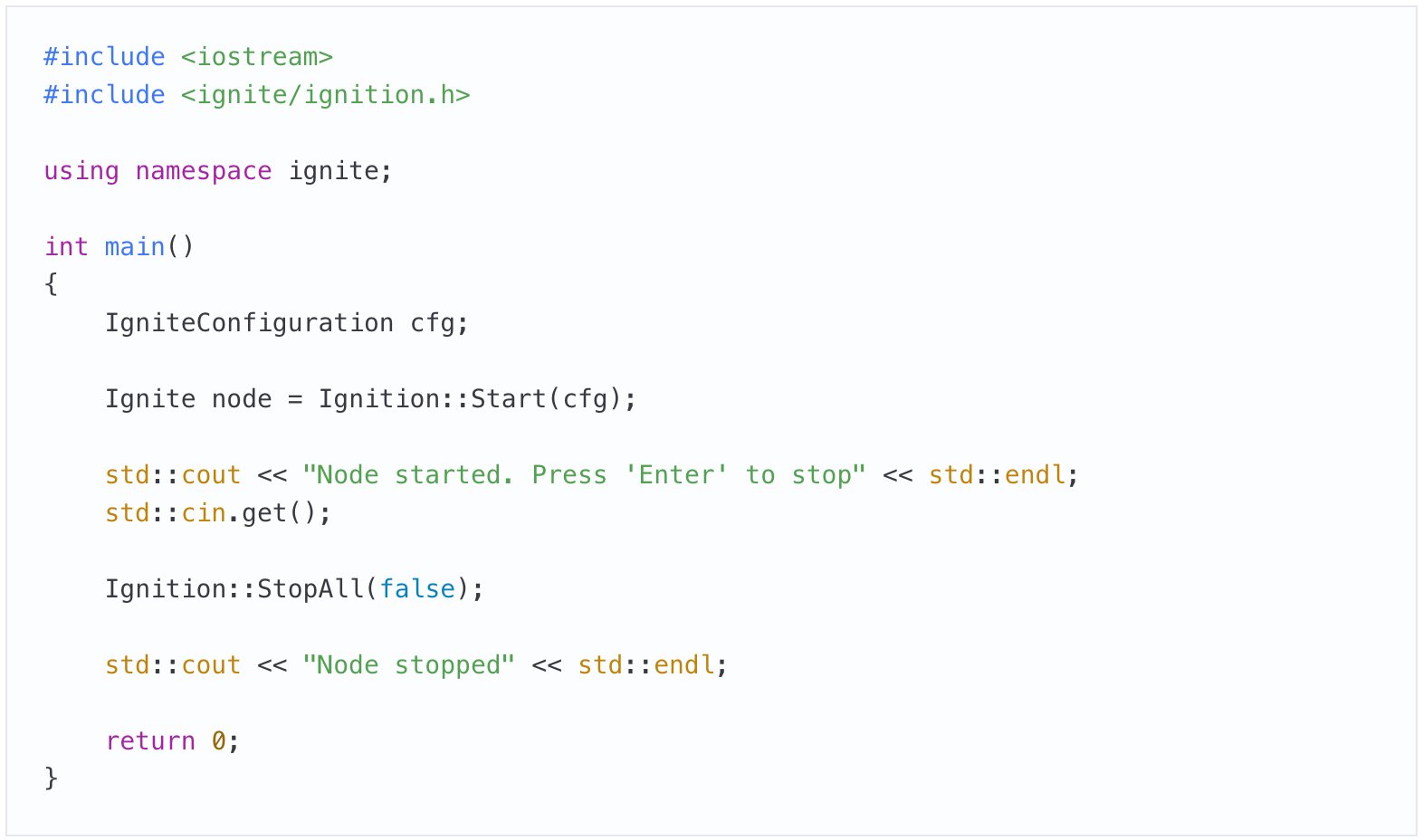 The main Ignite C++ component that exposes the API for data manipulations is the cache ignite::cache::Cache<K,V>. The cache contains the basic set of data manipulation methods. As Cache essentially acts as an interface for a distributed hash table, basically you interact with it as with simple containers — map or unordered_map. 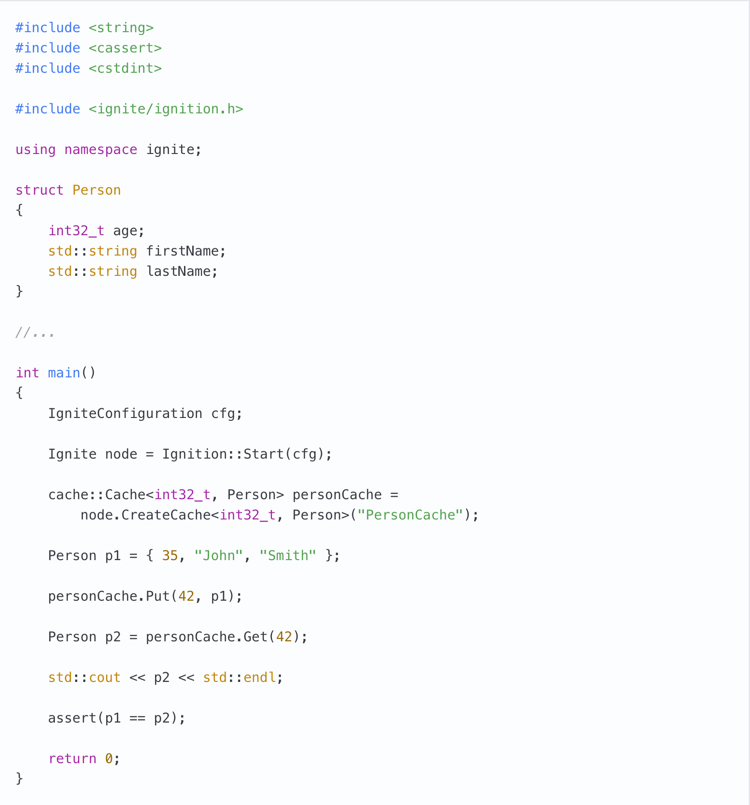 Apache Ignite is written mainly in Java and many of its features were used to implement Ignite components. For example, to serialize/deserialize objects for storage on disk and transfer objects via a network.

In Ignite C++, this feature has been implemented via template specialization ignite::binary::BinaryType<T>. This approach is used in thick as well in thin clients. For the Person class presented above, such specialization may look like this: 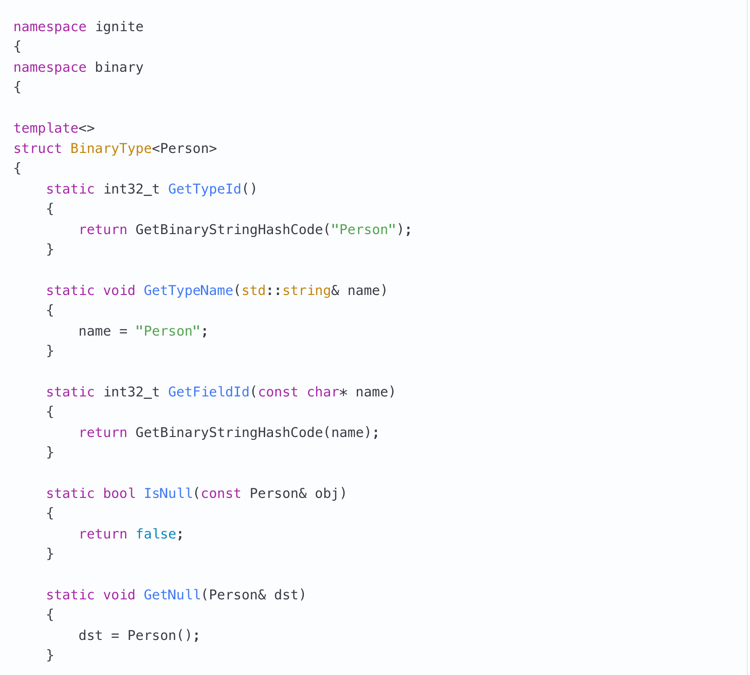 GetNull() — called if you try to deserizlize the NULL value. Any said about IsNull, also holds true for GetNull().

Drawing analogy to traditional databases, we can consider the cache as a database schema with a class name, and this schema contains a single table – with the type name. Apart from cache-schemas there is also a common schema named PUBLIC, where one can create/delete any number of tables using standard DDL instructions, such as CREATE TABLE, DROP TABLE, etc. Typically, we connect to the PUBLIC scheme via ODBC/JDBC if we want to use Ignite only as a distributed database.

Ignite supports full-fledged SQL queries, including DML and DDL. SQL-transactions aren't supported yet, but the community now is actively developing the MVCC implementation, which allows to add transactions support. As far as I know, main changes were recently merged into master.

To handle cache data via SQL you must explicitly specify in the cache configuration, which object fields will be used in SQL-queries. The configuration is described in the XML-file, after that the path to the configuration file will be specified at node start: 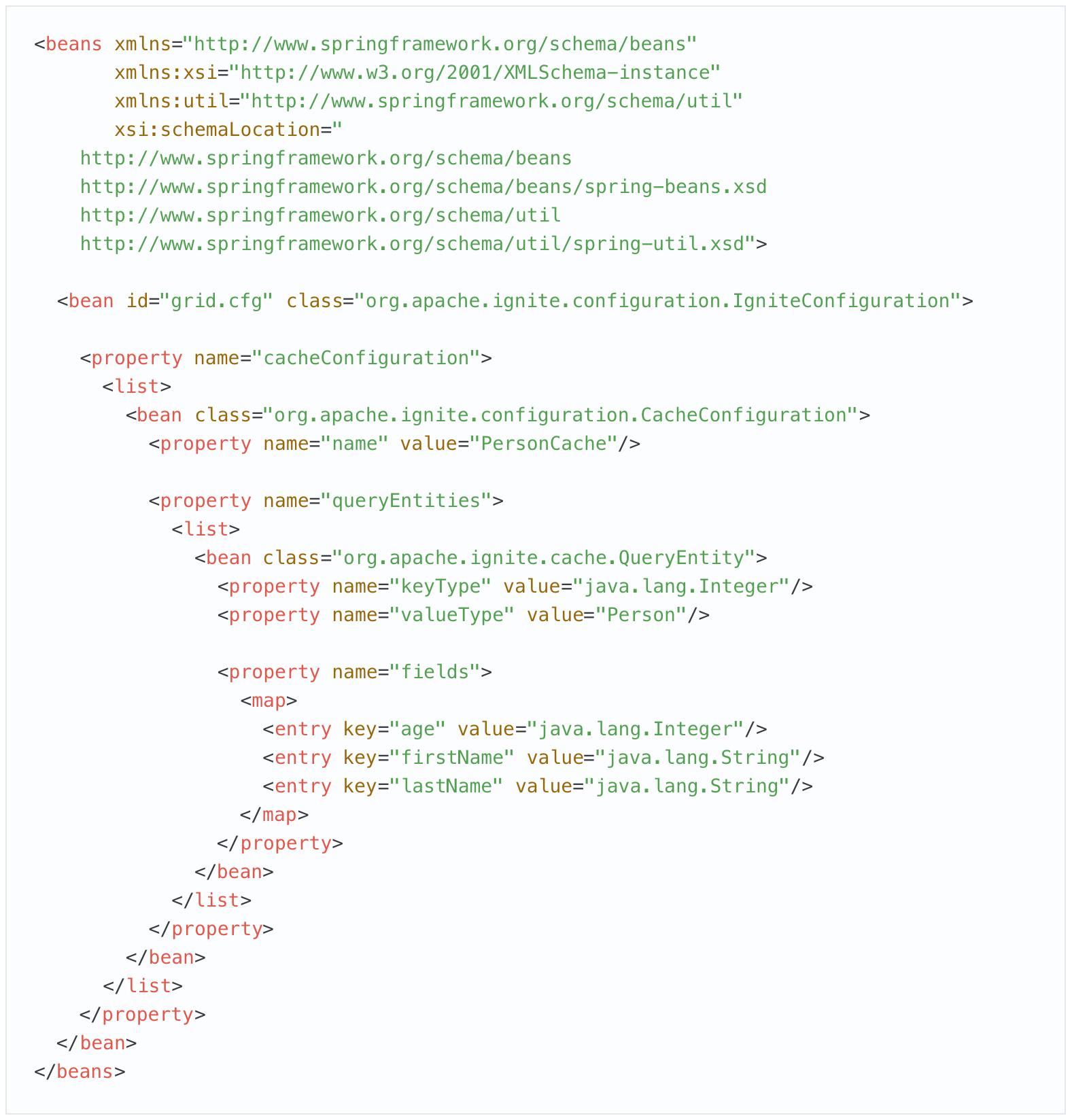 The config will be parsed by Java-engine, so the base types must be specified for Java too. Having created the configuration file, you need start the node, get a cache instance – and go on with SQL: 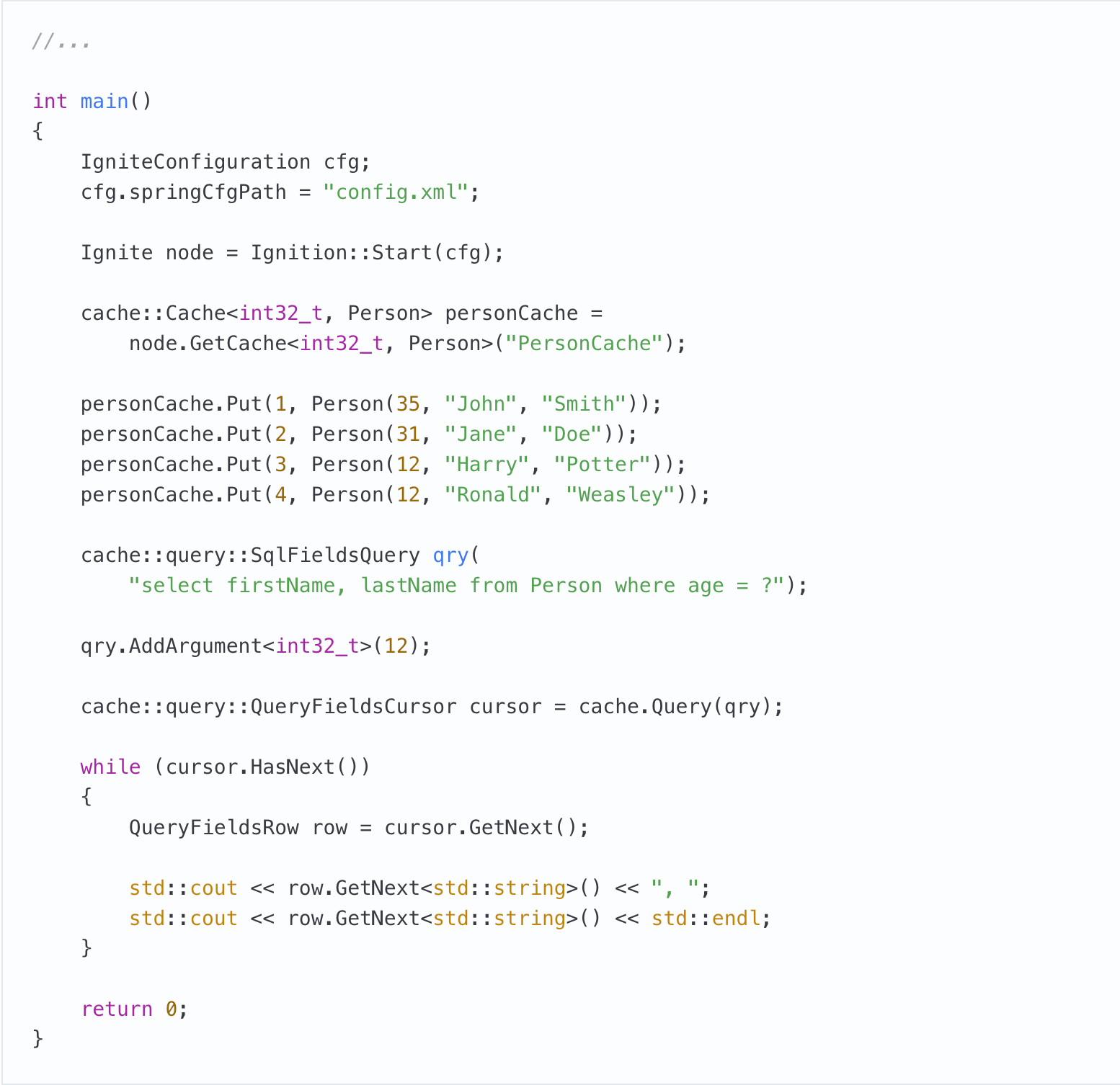 You can equivalently use insert, update, create table and other queries. Obviously, cross-cache queries are also supported. Though, in such situations you must give the cache name in the query in quotes, as a scheme name. For example, instead of...

Apache Ignite is definitely packed with features and it's simply impossible to cover them all in a single post. The C++ API is still being vigorously developed today, so stay tuned for more updates.

P.S. I have been an Apache Ignite committer since 2017, actively developing C++ API for this product. If you are fluent in C++, Java or .NET and wish to contribute to an open source product with an active and friendly community, we always find a few challenging tasks for you.