In the previous article in this series, we looked at concurrency modes and isolation levels. Here are topics we will cover in the rest of this series:

In this article, we will focus on how Apache Ignite handles failover and recovery during transaction execution.

In a distributed cluster consisting of a Transaction coordinator, Primary Nodes and Backup Nodes, there are a number of scenarios where we may lose some or all parts of the cluster, as follows, in increasing order of severity:

Let’s look at each of these in turn and see how Ignite manages failure situations. We’ll begin with Backup Node failure.

Recalling the discussion in the first article in this series, we know that in the two-phase commit protocol, there are the prepare and commit phases. In the event that we lose a Backup Node in either of these phases, no action is required by Ignite, since any transactions will still continue to be applied to the remaining Primary and Backup Nodes in the cluster. This is shown in Figure 1. 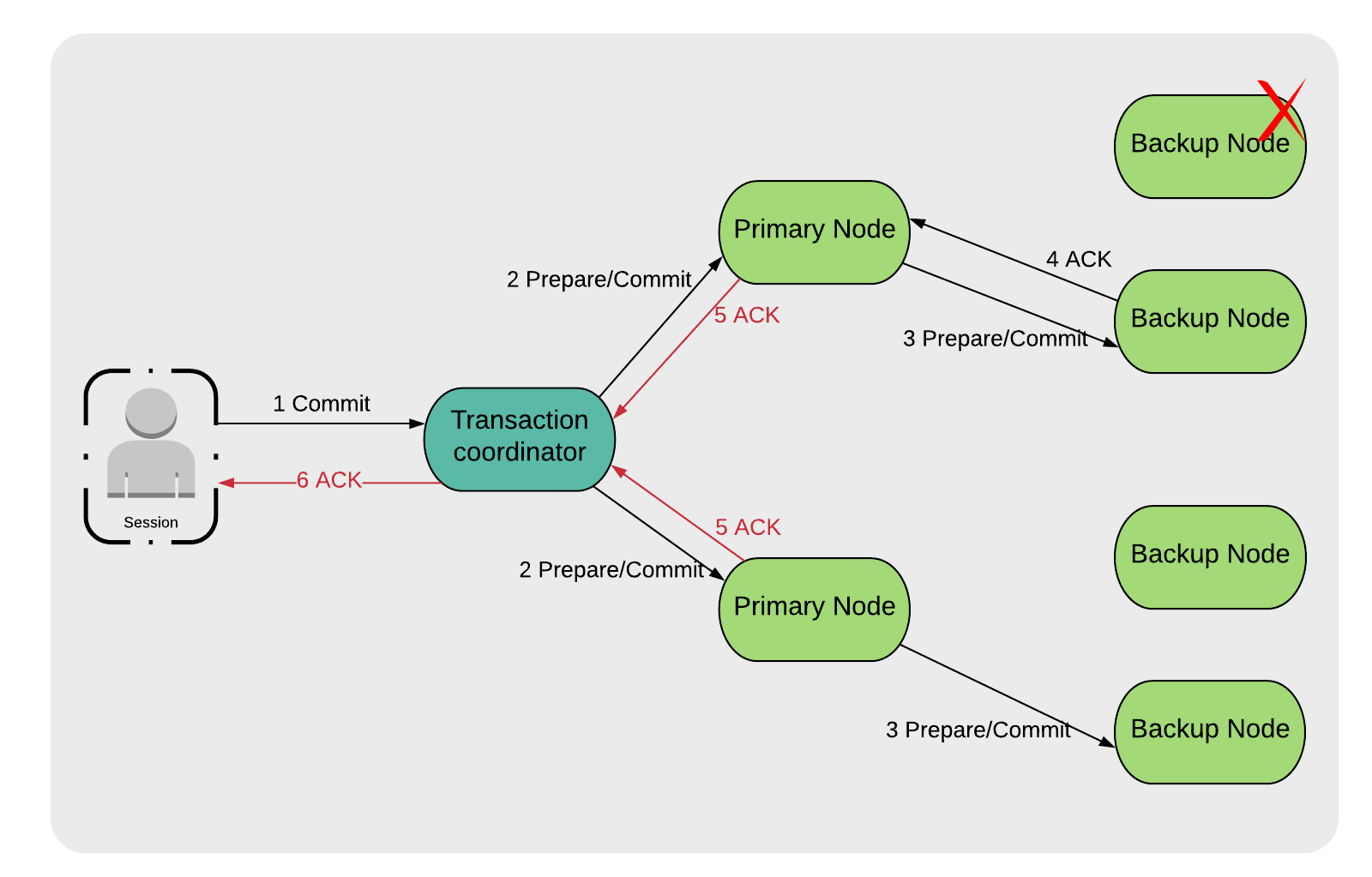 After all the active transactions including this one are completed, Ignite will update its cluster topology version due to the node failure, will elect a new node or nodes that will hold a copy of the data previously stored on the lost Backup Node and will start rebalancing in the background to meet the desired data replication level.

Next, let's look at how Ignite manages Primary Node failure.

A Primary Node failure requires different handling depending upon whether the failure occurs at the prepare or the commit phase.

If the failure occurs at the prepare phase, the Transaction coordinator will raise an exception as shown in Figure 2 (3 exception). It is then the responsibility of the application to handle this exception and decide what action to take. For example, whether to restart the transaction or to use additional exception handling. 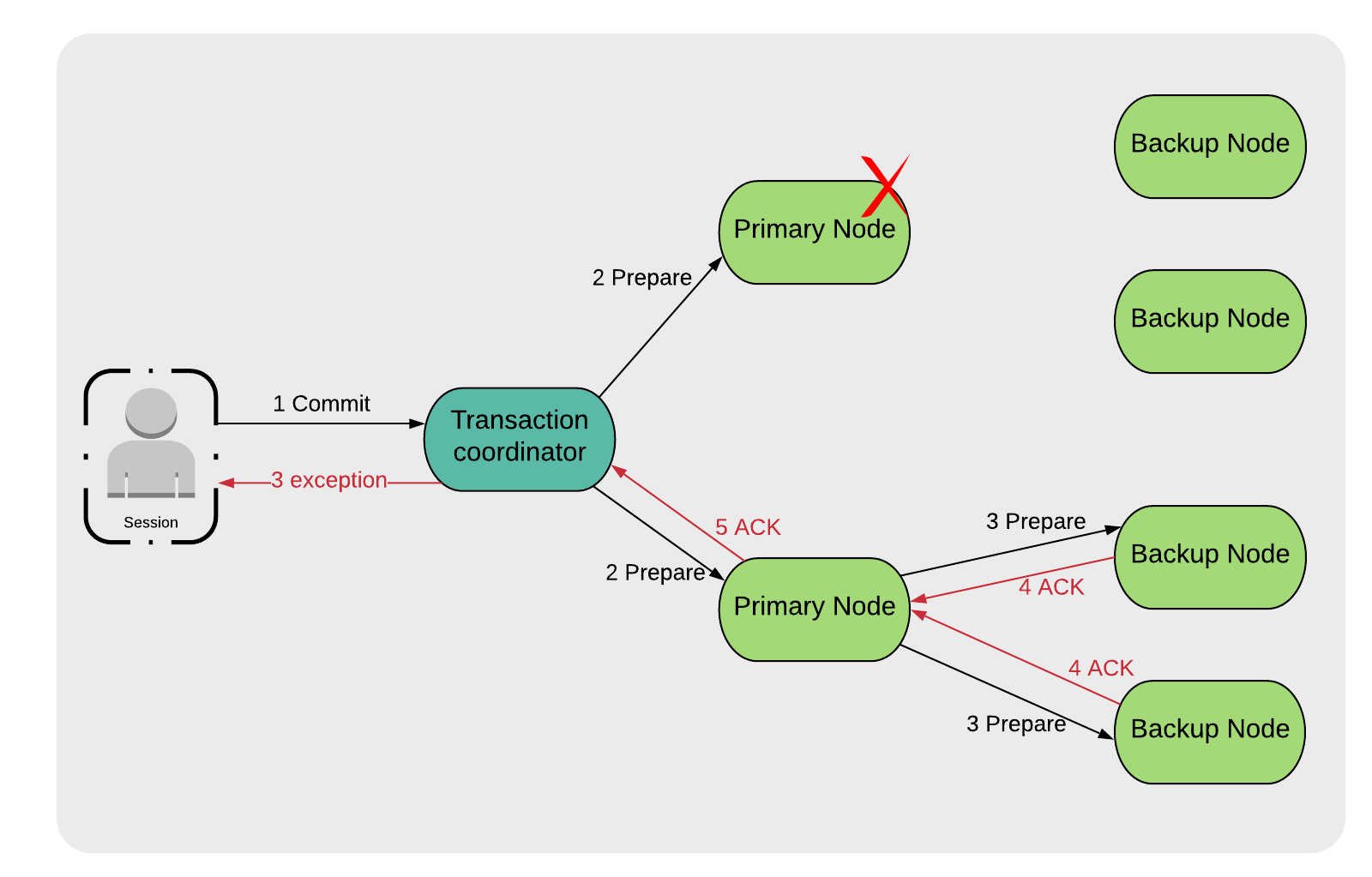 If the failure occurs at the commit phase, as shown in Figure 3, the Transaction coordinator will be waiting for a special message (4 ACK) from the appropriate Backup Nodes. 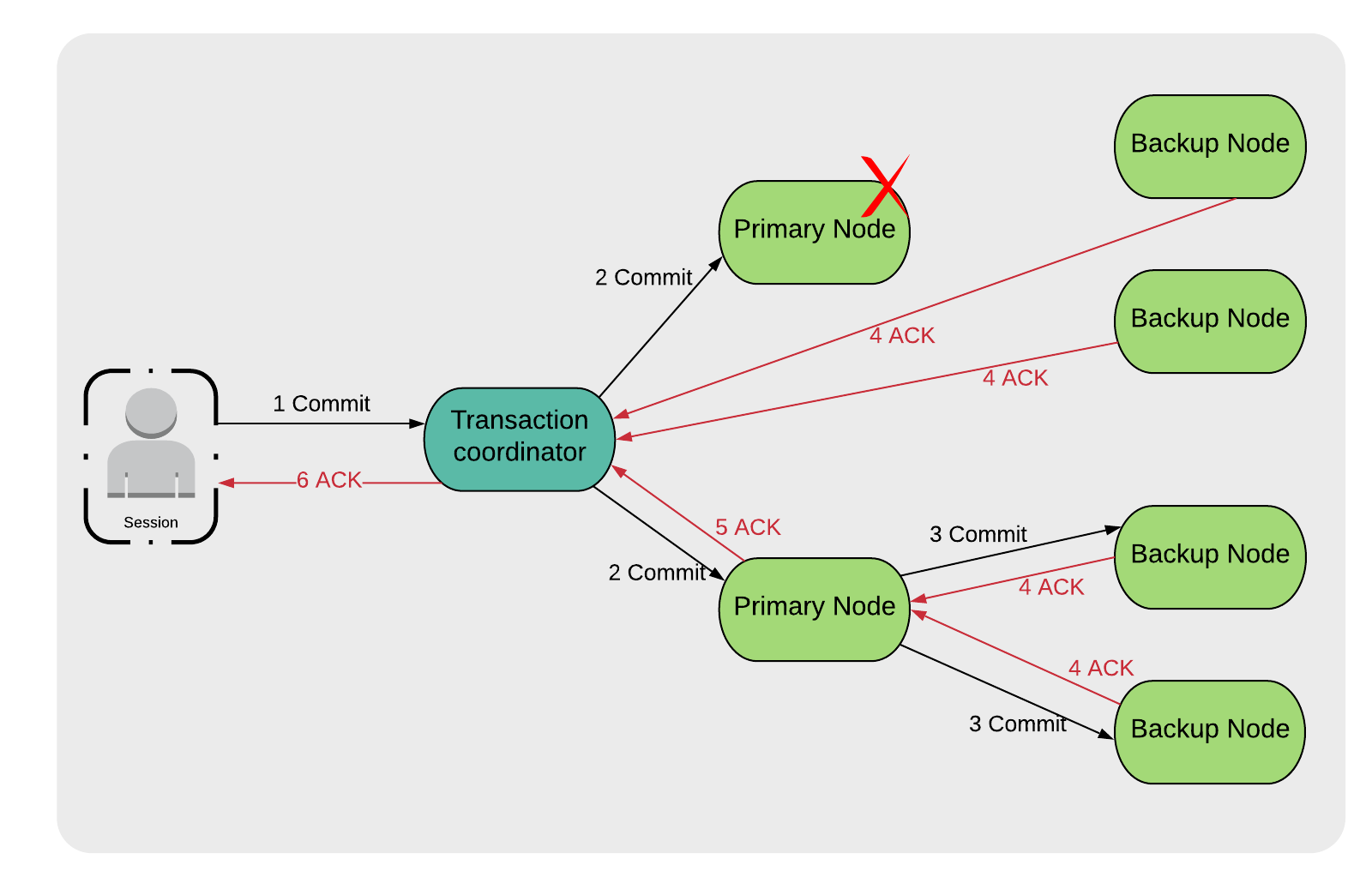 When the Backup Nodes detect the failure, they will notify the Transaction coordinator that they committed the transaction successfully. In this scenario, there is no data loss because the data are backed up and can still be accessed and used by applications.

After the Transaction coordinator completes the transaction, Ignite will rebalance the cluster due to the loss of the Primary Node. An election will take place to assign a new Primary Node for the partitions that were previously stored on the failed Primary Node.

Next, let's look at how Ignite manages Transaction coordinator failure. 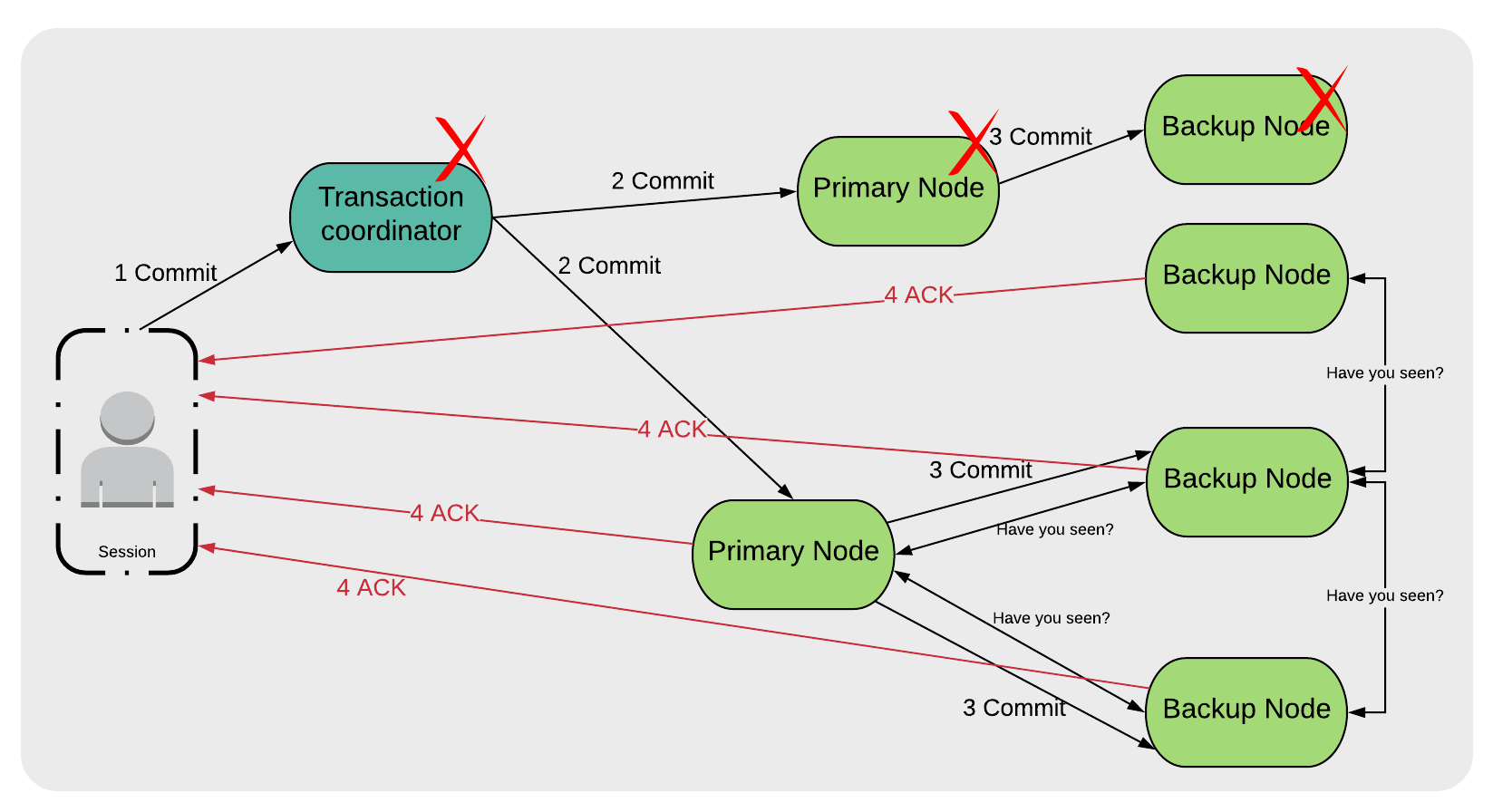 Various types of cluster failures can occur at a number of different phases. Through examples, we have seen how Ignite can gracefully manage these failures and provide recovery.