Apache Ignite supports a range of different Application Programming Interfaces (APIs). In this multi-part article series, we will take a more detailed look at how Apache Ignite manages transactions in its key-value API and some of the mechanisms and protocols it supports. Here are topics we will cover in this series:

In this first part, we will begin with a discussion of the two-phase commit (2PC) protocol and then look at how this works with various types of cluster nodes.

In a distributed system, a transaction may span multiple cluster nodes. Obviously, this poses some challenges when we want to ensure that data are consistent across all the participating nodes. For example, in the event of the loss of a cluster node, the transaction may not have fully committed on the lost node. A widely-used approach to ensuring data consistency in this type of scenario is the two-phase commit protocol.

As the name implies, there are two phases: prepare and commit. Let’s see how this works in more detail. 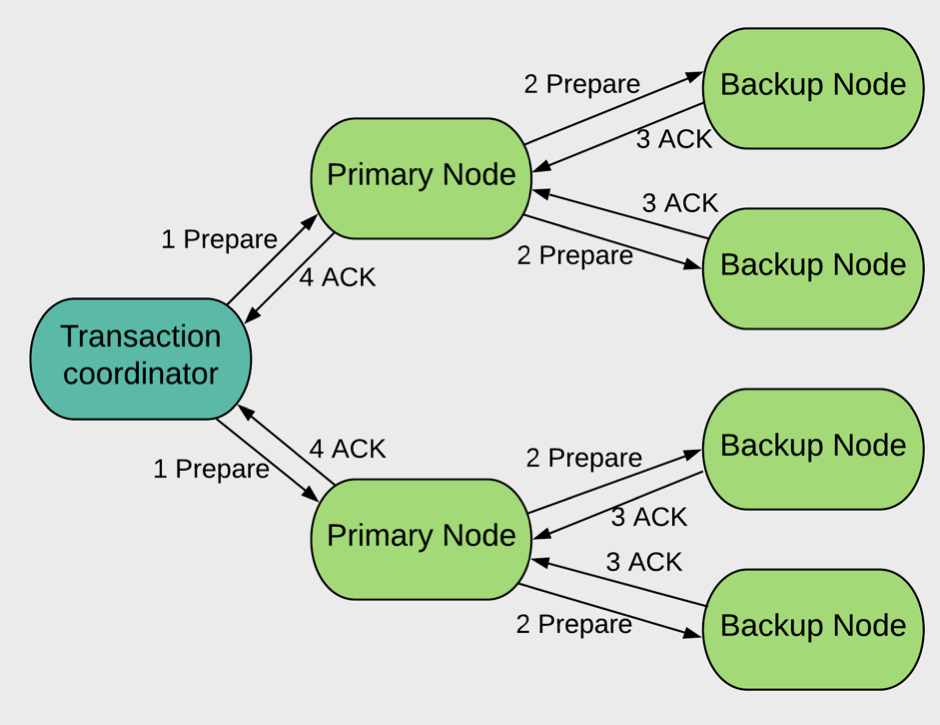 Let’s begin with the prepare phase. In Figure 1, we have an example network consisting of a Client (Transaction coordinator), two Primary Nodes and four Backup Nodes.

Apache Ignite uses a Distributed Hash Map to determine how data are distributed (partitioned) in a cluster. Each Primary and Backup Node in a cluster keeps a portion of the data. These nodes maintain an internal Distributed Hash Table of the partitions a node owns. Primary and Backup Nodes just refer to where data reside. The Primary Node is where the main copy of the data resides. In the event that a Primary Node was not available and a Backup Node was created, the data would still be available.

Note, that Ignite doesn’t have pure Primary or Backup Nodes. By default, every node is both a Primary and a Backup; it’s a Primary for one set of partitions and a Backup for another.

In Figure 1, there are also arrows to show various message flows between the different types of nodes: 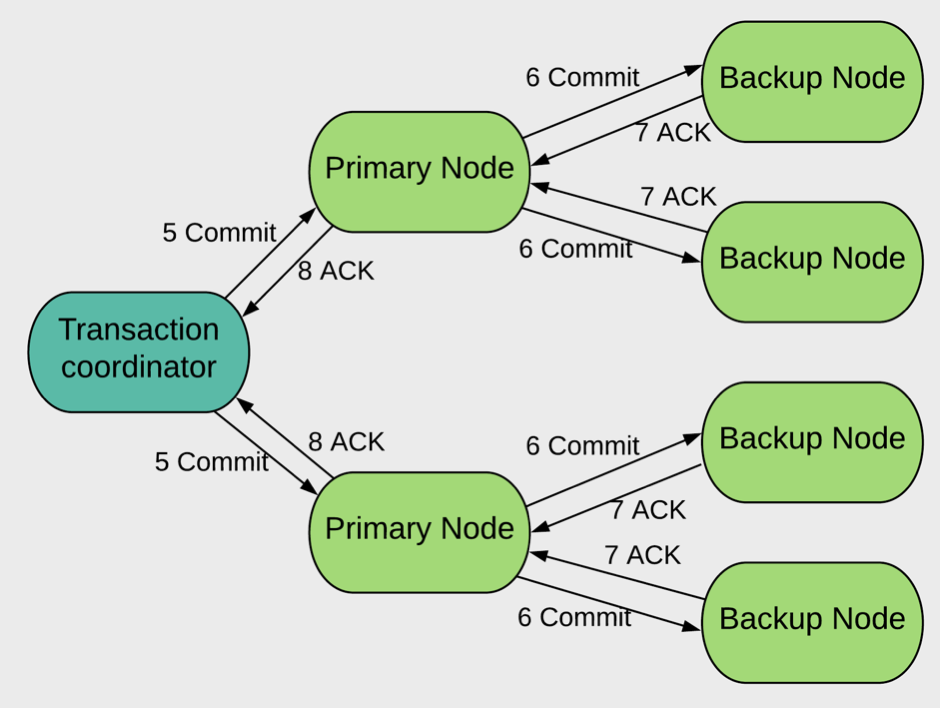 In the next phase, the commit operation is performed. In Figure 2, we can see a similar message flow to the prepare phase:

There are a number of failures that could occur, such as loss of a Backup Node, loss of a Primary Node or even loss of the Client. We will look at these scenarios and how Apache Ignite copes with these situations in other articles in this series.

The previous discussion mentioned several different types of cluster nodes. The Client (Transaction coordinator) is also often referred to as the Near Node within the Apache Ignite community. Other nodes are referred to as Remote Nodes. This is shown in Figure 3. 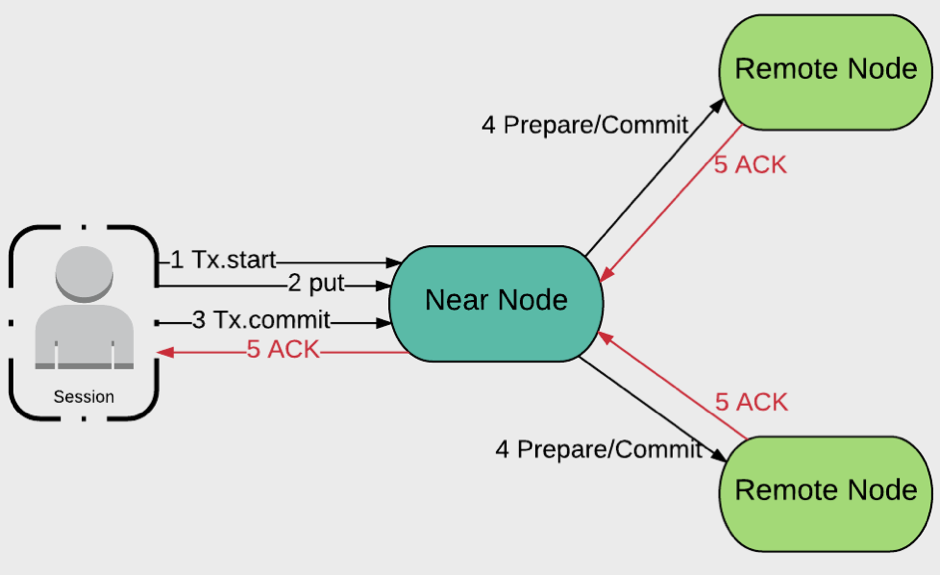 Here is a simple Java code example from the Apache Ignite documentation that shows how transactions are performed:

In this example, we can start the txStart() and tx.commit() methods to start and commit the transaction, respectively. Within the body of the try block, the code performs a cache.get() on the “Hello” key. Next, the code checks if the value of the key is 1 and, if so, sets the value to 11 and writes it to the cache using cache.put(). Then, another key-value pair is written to the cache using a cache.put().

In this first article, we have quickly reviewed the two-phase commit protocol and described how it works with Apache Ignite. In the next part of this series, we will look at optimistic and pessimistic locking modes and isolation levels.