This report is for week 5 of the Big Data meetup tour. Similar to week 4, only one city this week and that was Helsinki. However, from Helsinki I travelled on to Kuala Lumpur (KL) to run an Apache® Ignite™ workshop.

I have had the good fortune to visit many cities around the world through various roles that I have held with other employers, so I have actually visited Helsinki on several previous occasions.

Another early morning flight out of London Heathrow and I booked only a day room at a Helsinki airport hotel so that I could do some prep work for the meetup and also get ready to leave for KL immediately afterwards.

The meetup was held at Microsoft Flux in downtown Helsinki. The office was a short walk from Helsinki Central Station. I arrived just as attendees were also arriving. The room soon filled-up and the meetup attendance was great, as shown in Figure 1. 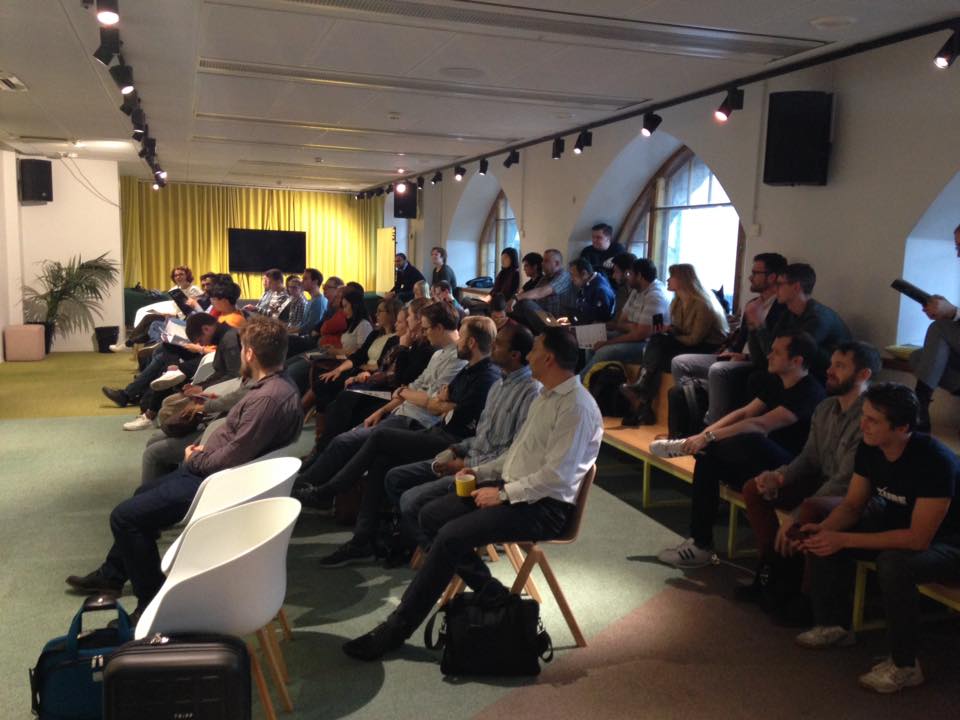 This time, I was one of three speakers at the meetup, so was given a slightly shorter time slot to speak. Therefore, I focussed on several key areas of Ignite, such as turbocharging SQL queries when working with existing database systems, integration with Apache® Spark™, Ignite's Machine Learning library and, briefly, Kubernetes support.

The audience was a mixture of Data Scientists and developers. They asked some great questions to all the speakers. I was also fortunate that they understood my jokes and had a great sense of humour. Sometimes humour does not travel well across different nationalities and cultures and one needs to be careful and sensitive.

Unfortunately, I was unable to stay for the whole meetup and had to leave shortly after finishing my presentation so that I could get back to Helsinki Airport for my flight on to KL. The journey to KL was quite long as the flight required a stopover. However, everything ran to schedule and I arrived into KL late on the evening of Friday 5 October.

GridGain ran its first Apache Ignite workshop in ASEAN in collaboration with DataViz My. The workshop was held in downtown KL, near KL Sentral Station.

There was very good attendance for a Saturday afternoon and I spent several hours covering some of the major features of Ignite, with demos. The workshop was split into two parts each of 1 hour duration, with lunch in-between consisting of wonderful local food.

There was some great questions from the audience and a number of attendees planned to investigate Ignite further. Some of the features of Ignite that particularly attracted interest from audience members included integration with streaming technologies, Ignite’s ability to act as a sink for streaming data, its support for transactions, and its Machine Learning library.

A very short trip to Helsinki on this occasion, but extremely worthwhile and a truly wonderful audience that really engaged with all the speakers.

The workshop in KL was a first for GridGain and was also very successful. Hopefully more such workshops can be run at other venues around the world. Workshops allow more content to be covered than is possible in a meetup and attendees can also get some hands-on coding experience.