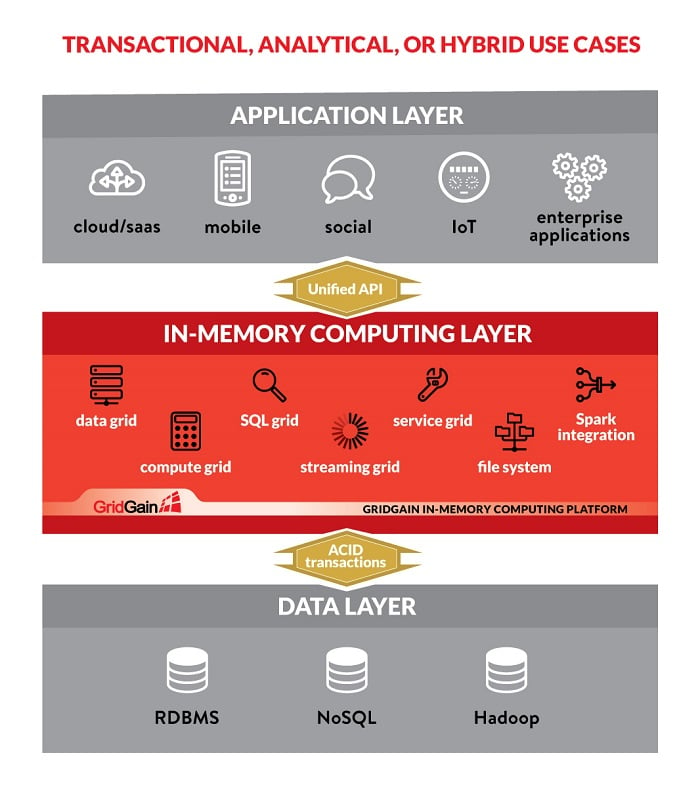 In Apache Ignite 1.9, which is ANSI SQL-99 compliant, support for data manipulation language (DML) has been expanded to include Ignite.NET and Ignite.C++ APIs, which extends DML capabilities to Apache Ignite users who run on .NET or C++. In addition, a streaming mode has been introduced to enable faster DML execution operations in specific scenarios, such as batch inserts and updates or data preloading.

Ignite.NET, the .NET version of Apache Ignite, now includes the .NET TransactionScope API which allows users to work with distributed Ignite transactions by fully relying on standard interfaces available in .NET. For C++ users, Ignite.C++, the C++ version of Apache Ignite, now includes support for the most popular continuous queries API, which allows users to monitor the data modifications that occur on Ignite-distributed caches within their C++ applications.

Apache Ignite is now integrated with Apache Spark 2.1, enabling the use of Ignite Shared RDDs in applications using the most current version of Apache Spark.