GridGain supports both INNER and OUTER JOIN clauses. To ensure that the joins are both functionally correct and performant, it is important to understand the collocation model.

If an SQL statement contains two or more tables, then these tables need to be collocated. "Collocated" means that the related data of the two tables are stored on the same node.

The join between tables A and B is collocated if any of the following is true:

Collocated joins are more efficient because they can be effectively distributed between the cluster nodes.

By default, GridGain treats each join query as if it is a collocated join and executes it accordingly.

The following image illustrates the procedure of executing a collocated join. A collocated join (Q) is sent to all the nodes that store the data matching the query condition. Then the query is executed over the local data set on each node (E(Q)). The results (R) are aggregated on the node that initiated the query (the client node). 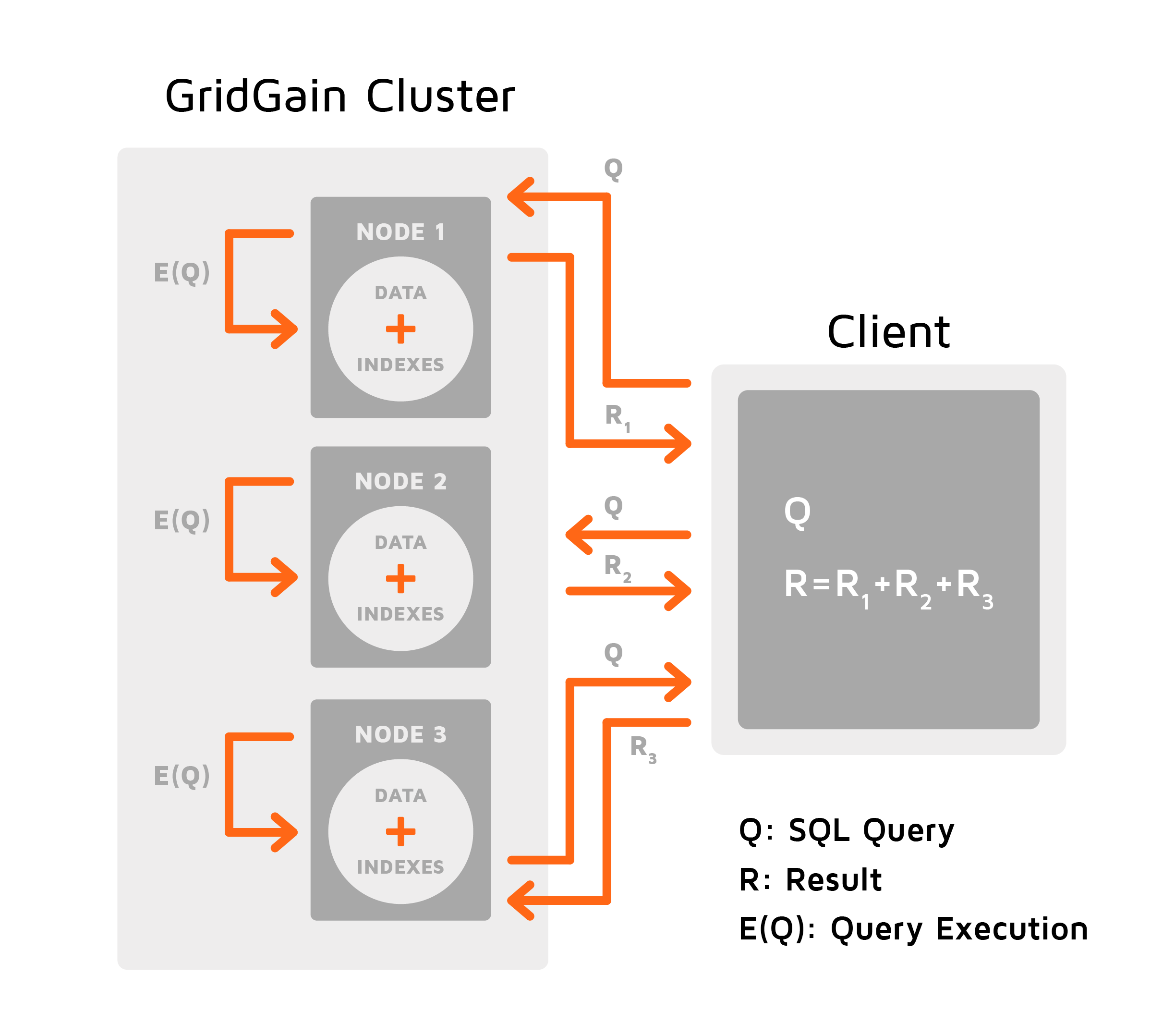 If you often join tables, we recommend that you partition your tables on the same column (on which you join the tables).

If you execute a query in a non-collocated mode, the SQL Engine executes the query locally on all the nodes that store the data matching the query condition. But because the data is not collocated, each node requests missing data (that is not present locally) from other nodes by sending either broadcast or unicast requests. This process is depicted on the image below. 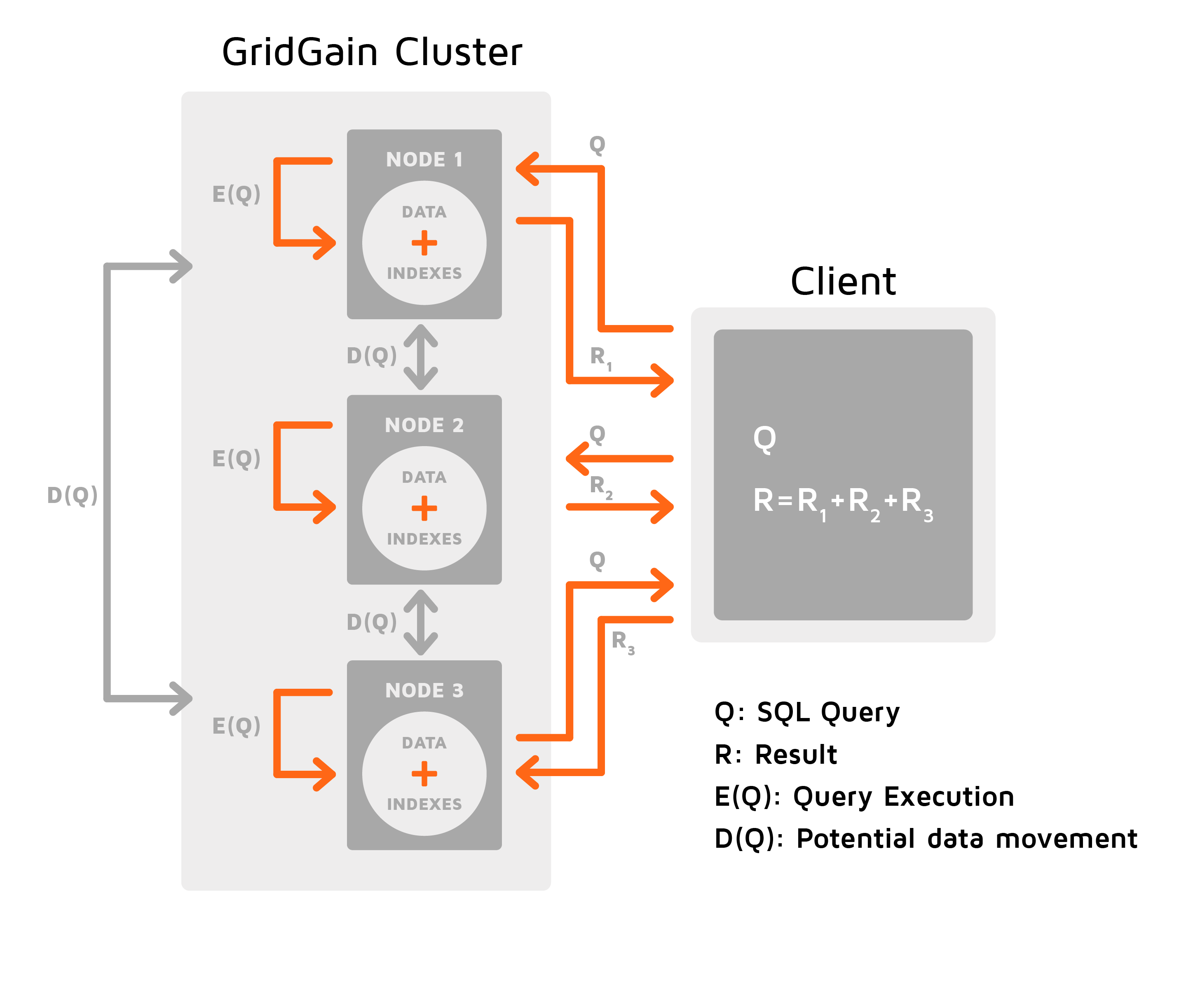 Enable the non-collocated mode of query execution by setting a JDBC/ODBC parameter or, if you use SQL API, by calling SqlFieldsQuery.setDistributedJoins(true).

If you use a non-collocated join on a column from a replicated table, the column must have an index. Otherwise, you will get an exception.

There is currently a limitation in GridGain’s support of OUTER JOIN. Given a REPLICATED table R and a PARTITIONED table P, the following queries may not work correctly out-of-the-box and require special handling:

To work around the limitation, the following setup is required:

If all of the above is true, then the JOIN is be performed correctly.